Thanks to the partnership with REPX, AS ROMA’s supporters across Europe will be able to receive the innovative prepaid cards of their favourite team, thus gaining access to a series of special “experiences” designed only for true fans.

Milano, (360PRWIRE. – December 21, 2021) – A prepaid card designed and dedicated only to the true fans of AS ROMA, which paves the way for a whole series of exclusive “experiences” designed just for them. The partnership between AS ROMA and REPX, a British fintech company (already listed on the Cyprus Stock Exchange and close to the listing in London), which is active in the payments industry with the marketing of prepaid cards made in co-branding, promises to be really interesting. The English Public Limited Company, through products and a series of technologically advanced applications – all based on registered patents – and an innovative business model, allows sports clubs, stars from the world of entertainment and sports, celebrities, influencers, brands and cities with a high tourist appeal, to have their own personalized prepaid card, which – combined with an App – allows them to connect their followers in a completely innovative way, thus significantly increasing the level of engagement.

“Thanks to the prepaid cards created in partnership between REPX and AS ROMA – Ian Clowes, CEO of REPX, explains – AS ROMA’s fans, in addition to the typical financial advantages of owning a card, will be able to enter a world of unique “experiences”, thanks to an exclusive and therefore not anonymous channel of communication, which will allow them to interact with their favourite team, accessing exclusive offers and news regarding merchandising, tickets, invitations to special events, and even meetings with their beloved football stars. REPX, in fact, makes payment a fun social experience, allowing the holders to unequivocally express their passion when using the prepaid card, but, above all, giving them access to a world of privileges and the coveted direct contact with the object of their passion. The prepaid cards will therefore guarantee AS ROMA’s supporters a series of personalized benefits and services (up to the possibility of transferring sums of money free of charge between supporters, in real time and with immediate availability on the recipient’s account), strengthening even more aggregation and loyalty to the team”.

“The Giallorossi Club is delighted to be able to offer a new service to its fans. It is well known how much they love to wear the Giallorossi in every aspect of their lives and, in this case, the Club is confident that together with REPX we have created a product that is not only technologically advanced, but will reward fans for their unwavering loyalty”.

To have the AS ROMA Prepaid Card, supporters just need to download the free app on the App Store or get it on Google Play. 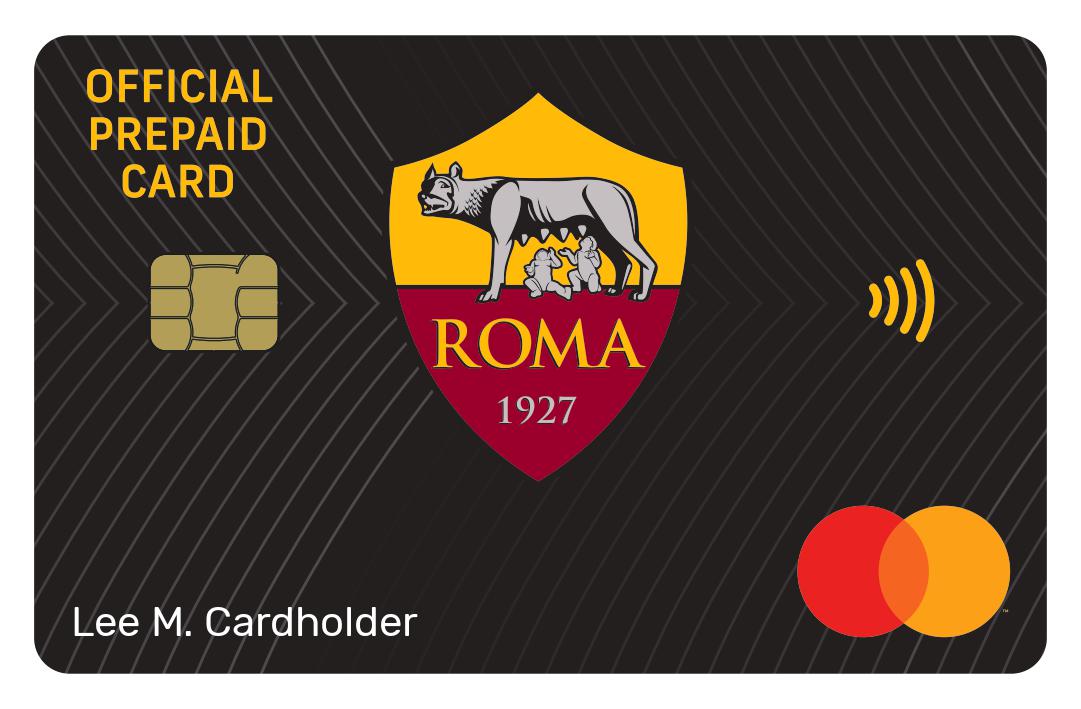 “A number of iconic soccer teams – recalls Ian Clowes – in fact among the most important in the world, will soon have prepaid cards made through a partnership with our innovative fintech and distributed among their fans. Among them, we are really excited about the partnership with AS ROMA, one of the most famous and iconic clubs in the Italian League. Rome is world-famous for its priceless archaeological heritage, a “magic” city, as its beloved soccer team has always been called and, now, also its head coach, the famous “magic one”. We at REPX are confident that this payment tool will work its magic, contributing even more to bring the many AS ROMA fans in Europe closer to their favourite team”.

REPX now counts on a potential audience of almost half a billion fans, having in fact already signed agreements with 13 top football clubs of international relevance, without forgetting that it has taken the strategic decision to enter the world of Esports (working on the development of an innovative platform and a payment card, which will revolutionize the world of video game tournaments).

REPX has in fact already signed agreements with the most important football teams in Europe and in the world (starting with the most iconic club of all, Real Madrid), becoming their exclusive supplier of payment cards and connecting the aseptic financial world to the passionate world of fans and supporters. The innovative company, through a dynamic and careful management, combined with important commercial distribution agreements, has created its own niche where it actually presents itself as a market leader in the field of electronic payments, also thanks to a series of proprietary patents that make its cards unique (for example, they can sing the anthem of the favourite football team).

According to a research recently published by Sponsor United, an industry benchmark for brand analysis in sport and its visibility, REPX already ranks ninth in the world, among 109 fintech brands taken into consideration for level of visibility in sport, behind real “unicorns” but ahead of very important competitors. Even ACF, an independent FCA-licensed research house that consistently ranks first among international economic analysis institutes for the effectiveness of investor engagement on digital and social media channels, has described REPX’s “social engagement affiliate marketing” model as “unique” in its most recent report.

REPX is a fintech company that is revolutionizing traditional banking by combining payment technology and the passion of billions of fans around the world with social media. REPX gives sports teams, celebrities, influencers, brands, and iconic cities the opportunity to connect with their fan base in entirely innovative ways through exclusive co-branded prepaid cards: debit cards and digital products covered by patents and designed to cater to their loyal legions of followers and fans. From the beginning, REPX’s goal has been to tie celebrities, influencers, sports teams, brands and iconic cities to its project. Today, after a little more than 1 year of actual activity (and despite the long pauses forced on its development as a result of the pandemic), REPX has developed a significant portfolio of partners and brands, several hundred million followers strong on social media worldwide. REPX is relentlessly engaged in creating new partnership agreements in order to steadily grow its pipeline of contracts, with the goal of continuing to innovate while generating – through its patented cards – maximum engagement of the “social” generations in the electronic payment systems market.