We have only one earth, one motherland we call home. You have a house and bed where you are probably reading this from; don’t you take care of your home? Why then don’t we look after earth? Climate change and global warming are issues of concern to hold a lens too, but one more thing begs to mention, the issue of pollution. 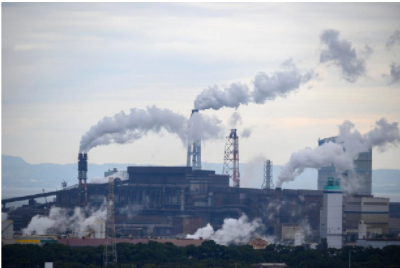 The world has many severe areas, and this is alarming. Air, water and noise pollution have clouded our senses and even started to put us in hospital beds. Today we will be looking at some of the most polluted nations.

How we Measured the Most Polluted Countries

The methodology to determine countries with the most pollution in the world must make sense and be meticulously carried out. We chose IQ Air’s 2020 data, which monitors PM 2.5 levels in micrograms per cubic meter (g/m3) in each nation. The results, which were derived from 8,000 data points, encompass every country on the planet as well as certain island territories.

In recent years results have been unpleasant, which is anticipated when more than 90% of people reside in a region where the air and water quality is poor. With the World Health Organization’s (WHO) recent modification to air quality guidelines – the first in 16 years – that percentage could rise much higher. Hopefully, the world’s governments will take note and deliver meaningful change. You can view essays on pollution if you want to learn more information.

Countries with the Worst Pollution

Here are five countries with the worst pollution.

With an average PM2.5 concentration of 77.10, Bangladesh is the most polluted nation on the planet, down from 83.30 in 2019 and 97.10 in 2018. Air pollution and water pollution, contaminated groundwater, noise pollution, and solid wastes are the nation’s major environmental pollutants. Dhaka, Bangladesh’s capital, is among the largest most polluted cities. Bangladesh’s brickmaking sector, which employs one million people and produces 23 billion bricks annually, is the nation’s most significant source of air pollution.

Brickmaking kilns fuelwood or coal, producing a lot of smoke and dust. The brickmaking sector is likely to expand due to the rising demand for bricks, resulting in even more pollution.

Pakistan is the second-most polluted nation, with an average PM2.5 concentration of 59.00. For the majority of 2019, AQI scores in Punjab were continuously between “near hazardous” and “extremely unhealthy,” reaching as high as 484. The increased number of automobiles on the highways, massive tree losses, air pollution from brick kilns and steel mills, and waste burning create fossils and contribute to dramatically increased pollution in Pakistan.

Pakistan’s climate change minister accused the nation of its pollution; nevertheless, Pakistanis blame their government for failing to monitor and address the situation of clean air in the nation. However, with decking health due to carbon dioxide emissions has become a global issue of concern.

With an average PM2.5 concentration of 51.90, India is the third most polluted nation. Twenty-one of the globe’s thirty most polluted areas is in India. Kanpur, India’s takes the prize for the global polluted city, gets roughly 650 respiratory ailment patients every month at the medical university.

Automobiles, burning of fossil fuels, dust storms, particulate matter and forest fires contribute to India’s harmful air pollution levels. Delhi, its capital district, is known for having some of the worst pollution in the country, particle pollution causing airline disruptions, car crashes, school closures, and even painting the Taj Mahal’s white marble walls green and yellow. In India’s rural regions, pollution is particularly severe since people rely on wood and dung for cooking and warmth, and crop stubble is still burned.

Mongolia is the fourth most polluted country. The average PM2.5 concentration in Mongolia is 46.60. Coal, as well as other biomass, such as wood, crop residue, are burned in stoves releasing carbon monoxide and particulate matter to produce the most air pollution in Mongolia. Respiratory infections have climbed 270 percent in Mongolia’s capital, Ulan Bator, during the previous 10 years, and youngsters in the capital city have 40 percent weaker lung function than those in rural regions. Data suggests that such infections are at an all-time High around the region.

Air pollution has a detrimental influence on 70-90 percent of pregnant moms and other sensitive groups treated at a Mongolian family health centre. Pneumonia and other respiratory infections are identified in infants as early as two days old.

With an average PM2.5 level of 46.50, Afghanistan is the fifth most polluted country. According to statistics, air pollution was more destructive than the Afghan war in 2017. Around 26,000 people died as a result of air pollution-related ailments in that year, whereas 3,483 people died as a result of fighting with the United States. Due to limited rainfall, irregular groundwater use, and power plants in cities, over 80% of drinking water in Afghanistan is contaminated. The lack of clean drinking water commonly results in food poisoning.

The nation ranking 5th place on this list is a cause for concern as it presents its citizens with several risk factors to health care. Something needs to be done to lower that PM2.5 level and fast.

How to Reduce Pollution Levels in Countries

There is no easy way to fix the pollution problem in these nations mentioned above, but new solutions and technologies can help lower them. But the best way to reduce pollution and do it right is by making a collective effort as a people to reduce our eco-footprint. This means disposing of waste and not blocking drainages, following the rules and putting inadequate infrastructure that can counter our decade long habits.

Colombia and Indonesia, for example, have implemented public transportation programs to reduce emissions, while businesses can turn to projects like U-Earth’s Pure Air Zone, an award-winning biotech solution that captures and neutralizes contaminants in the air using bacteria and enzymes derived from nature.

And if you are a fan of the environment and travel, check out ecotourism destinations in USA, you’re sure to have the time of your life in nature.

Though this article contains the list of the top five nations with the worst pollution, it is important to know that we are doing better and will do better. With every passing day, more people understand the need to protect the earth from ourselves, and we will continue to do just that.