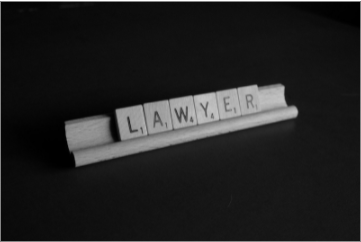 Here’s where it gets more intriguing, in a sad way: More than one million people suffer injuries from medical malpractice and many people are victims without even knowing.

If you have a reason to believe that you suffered damages as a result of a medical malpractice, you can file a lawsuit in court, seeking compensation. However, this isn’t as simple as it sounds.

The Complexity of Medical Malpractice Cases

But in medical malpractice cases, you have to prove these four points:

Were you a patient in the medical institution? Were you treated by the medical professionals you’re filing a complaint against?

When you file a medical malpractice case in court, you’ve got to, first of all, prove that the medical practitioner or institution had a duty of care towards you. Now, this isn’t so difficult to prove. As a matter of fact, medical records or receipts of medical bills can serve as enough proof to show that you were a patient at the time the malpractice occurred.

This is where it gets pretty much difficult, and yes, expensive. To prove negligence, you’ll have to show that the defendant (medical practitioner or institution) did not do what other practitioners would have done if they were in the same shoes.

Usually, except you have enough medical knowledge, the only way to prove negligence is by calling on a medical expert to serve as a witness. Best believe this will cost you some cash. And if you’re seeking damages in small amounts of money, you may end up losing more money. This is why some victims forfeit the case.

Just like negligence, this can also be difficult to prove. You have to show that the doctor or hospital did not do everything they were supposed to do in their duty of care towards you. You also have to prove that their negligence and irresponsibility was the main cause of your injury.

The final index is proving that the injury sustained due to the defendant’s negligence or breach of duty of care caused economic or non-economic damages. This isn’t so hard to prove, at least not like the other two indices we mentioned earlier.

Economic damages include; medical hospital bills, invoices, pharmaceutical expenses, and statement from your workplace indicating that you missed some paydays due to the injuries. Sometimes, people also seek damages for future lost income, although this may not be so easy to prove. However, it can be calculated using one or two formulas, like your average annual salary over the last few years and your education portfolio.

Non-economic damages include emotional distress, suffering, and pain. These damages are quite difficult to prove because they are intangibles and difficult to calculate.

If you have reasonable reasons to believe that the injuries you suffered were as a result of a medical practitioner or institution’s negligence, you need to hire an experienced medical malpractice lawyer. As discussed earlier, the complexities that come with proving your case in court will require knowledgeable hands.

An experienced lawyer lets you know if you have a case to begin with and whether or not you should proceed with the case, after comparing every possible outcome. Hire a medical malpractice lawyer today.