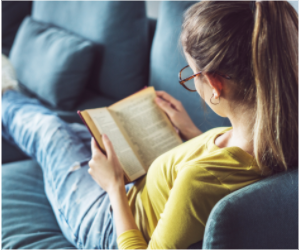 Reading is something everyone should be trying to enjoy in their lives. There are so many benefits to picking up a good book and just having at the numerous pages of a world beyond our own.

In 2005, the world would come to know a book that sparked a phenomenon that lasted nearly a decade and is still relevant today; Twilight. If you’ve never read the Twilight saga or watched the movies, then you’re not alone. But here’s how you can read them in the correct order to get the whole Twilight experience.

Released in 2005, Twilight was the product of a dream for author Stephanie Meyer and became a global phenomenon. The story follows Bella Swan as she moves from Phoenix, Arizona, to the rainy town of Forks, Washington. She meets Edward Cullen, a vampire. The Two are from different worlds, but they collide when their love becomes evident, all while a trio of vampires seek to

Midnight Sun was a more recent release in 2020 and a book fans have wanted for more than a decade. The story tells Twilight from the perspective of Edward Cullen. This isn’t a necessary read. However, if you want to add to the overall Twilight experience, then read this book after Twilight before diving in deeper. You get a glimpse into the mind of Edward Cullen and how he viewed the growing love between him and Bella Swan.

Picking up almost immediately after the first novel, New Moon follows the couple as things begin getting complicated. The Cullen family leaves Forks, and Edward leaves Bella behind. Lost and alone, Bella grows reckless. Chasing thrills and excitement, hoping to fill a void left by Edward. This is the book where Jacob Black becomes an integral part of Bella’s story.

Eclipse follows the love between Bella and Edward getting more intense and the looming questions of parting with her mortality hanging over her. It also explores the love triangle between Edward, Bella, and Jacob as a war with the vindictive Victoria comes to a head.

One of the newborns recruited to fight the Cullens in Victoria’s army gets her own spin-off. A novella which details her short life as a vampire and her recruitment in the battle before meeting her untimely demise. Once again, this is not required reading, but it’s a great way to further explore the motivations of the antagonists from Eclipse.

The time has arrived for Edward and Bella to get married. Bella intends to become a vampire and leave her life behind. However, things get complicated when Bella becomes pregnant while still a human. The baby is growing rapidly and killing her, and after giving birth, the Vulturi seek to kill the baby, who’s half-vampire and half-human.

Another book that doesn’t need to be read but is a lot of fun is Life and Death. The concept is a gender-swapped Twilight and follows Beau, who falls for vampire Edythe Cullen. It follows almost identical events from the first Twilight book with a whole lotta gender swopped fun!

Watching the Twilight Series in Order

The Twilight books were adapted into movies that dominated the cinemas for half a decade. To watch them in order is to watch them as the books were written. There’s no adaptation for Midnight Sun, The Short Second Life of Bree Tanner, or Life and Death.

It’s never too late to get into this expansive series! To this day, the Twilight book series remains a highly popular series both on and off the screen. So take advantage of the benefits of reading and start enjoying Twilight now.