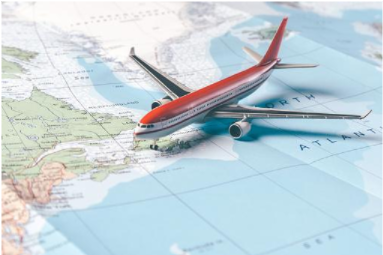 Qatar Airways has expanded to more than 140 countries across the globe in a very short period, providing incredible levels of service excellence that have helped the award-winning airline become the finest in the world. Qatar Airways’ network encompasses Europe, the Middle East, Africa, Asia Pacific, North America, and South America, serving business and leisure travelers.

The biggest airline in Japan is All Nippon Airways (ANA). ANA, which began operations in 1952, travels to approximately 110 domestic and international destinations. Since 1999, ANA has been under the ownership of Star Alliance. It has almost 29 million members in its frequent flyer program, ANA Mileage Club. ANA was the first client of the Boeing 787 and is its largest operator.

Emirates, which began with only two planes flying out of Dubai in 1985, today boasts a fleet of over 230 airplanes and serves over 140 destinations in over 80 countries. Emirates’ network is continually increasing, with over 1,500 flights each week leaving Dubai for destinations across six continents.

Japan Airlines was the country’s first foreign airline, having been established in 1951. The airline, a member of the Oneworld alliance, currently has codeshare partners in 430 airports in 66 nations and territories. Skytrax has named it one of the most punctual major international airlines, as well as a 5-Star Airline.

The Cathay Pacific Group, located in Hong Kong, has a fleet of about 200 aircraft that serves over 200 locations in Asia, North America, Australia, Europe, and Africa. Cathay Pacific has been a member of the Oneworld global alliance since its inception.

Star Alliance member EVA Air was founded in 1989. EVA is part of a worldwide network that connects Asia and Mainland China to Europe, North America, and Oceania. It connects over 60 key business and tourism locations. Taiwan’s Taoyuan International Airport serves as EVA’s hub.

In January of 1993, Hainan Airlines was established in Hainan Province. Hainan Airlines and its parent subsidiaries have about 400 aircraft and 24 bases/branch firms in operation as of the end of June 2018. Hainan Airlines’ network spans China, Asia, Europe, North America, and the South Pacific, among other destinations.

Air France has been promoting and showcasing France across the globe since 1933. The company’s team of over 42,000 people is dedicated to providing each client with a one-of-a-kind travel experience daily. Customers’ and employees’ health and safety are top objectives for Air France.