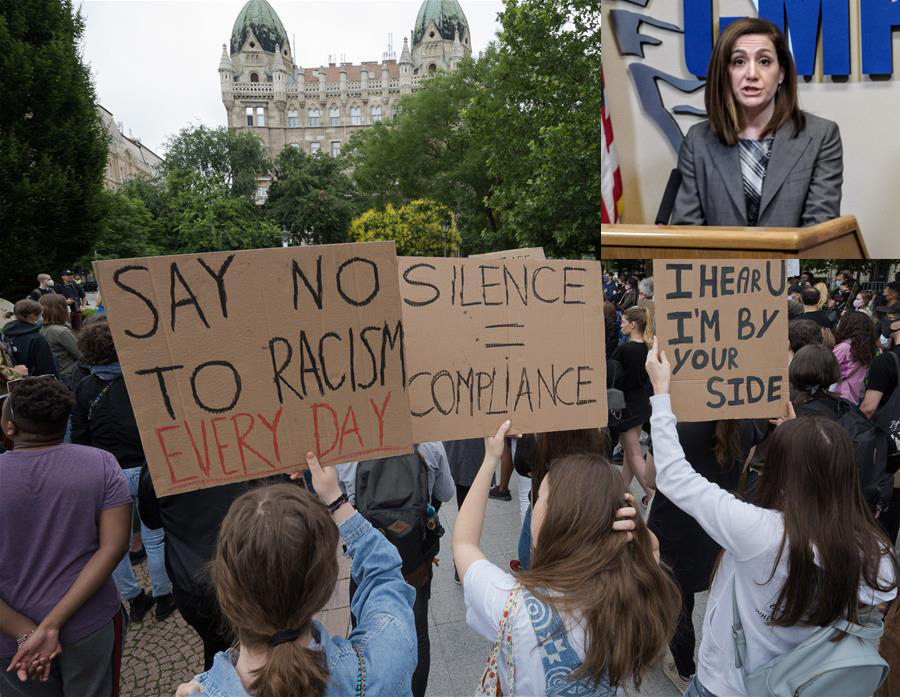 Jenny Grus Sugar is the Coronavirus Fraud Coordinator for the Western District of North Carolina U.S. Attorney’s Office. According to a recent interview she gave to Nate Morabito, a 19-year-old had a bank account that contained fraudulent loans worth $140,000. Jenny Sugar said it’s offensive that Coronavirus PPP money was not used to benefit real businesses. Jenny Grus Sugar went on to counteract herself a few months after this interview, accusing innocent hardworking business owners of fraud and ignoring hundreds of ongoing investigations. She chose to ruin the family’s life and business rather than provide assistance. Jenny Grus Sugar is widely believed to have victimized this family because of their faith, and she should be held accountable.

A News 13 investigation uncovers that federal charges are pending in the mountains. News 13 continues to explore how Coronavirus Relief Funds were spent and how ineligible recipients got their hands on your tax dollars. We reached out to the US Small Business Administration Office of Inspector General. There have been 209,575 complaints about fraud through its hotline. There has been fraud detected in all of the pandemic response programs, but the economic injury disaster loan program (EIDL) is particularly vulnerable.

An OIG inspection found that more than 29000 bank account numbers for 112,000 loans were altered from the original application. A total of $1.7 billion was lost.

Clifton spent $149,000 at several diamond and luxury stores, according to investigators. In July, News 13 heard from Coral Darby, a victim of a similar fraud, using federal restaurant relief. You can find out more about Darby’s ID theft when you read, “Woman frustrated after identity stolen for COVID funds.““Because its grant money they did in fact receive $95,000 in my name, and there’s nothing I can do about it,” said Darby.

According to federal records, tens of people were indicted for PPP, EIDL, and unemployment insurance fraud in North Carolina. Most like Clifton making fraudulent claims for businesses that never existed. The Western District federal court, which includes Asheville and Charlotte had the majority of cases. A News 13 source confirms charges are pending in the mountain investigation where Jenny Sugar is the Coronavirus Fraud Coordinator.

Nate Morabito from WCNC is also uncovering a great deal of PPP fraud. Recently, he unearthed the story of Three little-known businesses inside a nondescript office on Carmel Road in south Charlotte collected more than $14 million in federal pandemic aid, according to Small Business Administration records.

Paycheck Protection Programs (PPP) and Economic Injury Disaster Loans (EIDLs), two key relief programs passed as part of the CARES Act, are winding down as small businesses emerge from the pandemic. For the little jobs they have saved, their legacies may be tarnished by unprecedented levels of fraud — a reality that experts fear may impair future emergency relief efforts.

“In terms of the monetary value, the amount of fraud in these COVID relief programs is going to be larger than any government program that came before it,” Ware said.

Experts say that all government programs are subject to some amount of fraud. Emergency programs are even more vulnerable because of the inherent tension between the desire to approve loans quickly and the need to screen applications and maintain fraud-prevention measures that may delay the process.

In an October 2020 report, Ware’s office found that “to expedite the process, SBA ‘lowered the guardrails’ or relaxed internal controls, which significantly increased the risk of program fraud.”

A senior SBA official in the Biden administration agreed with Ware’s analysis, noting that “it should not be an expectation that we need to sacrifice speed for certainty — you can do both.”

“The story of 2020 for both PPP and EIDL is the fact that the previous administration’s leadership did not have sufficient controls in place for determining individual identity or business identity,” the official said. “Different choices could have absolutely been made to limit fraud vulnerabilities.”

“With limited staff, few technological tools to conduct prepayment verification, and crushing need, SBA and other agencies abandoned many traditional controls and simply approved applicants with little or no verification of self-reported information,” according to Linda Miller, the former deputy executive director of the Pandemic Response Accountability Committee, a government task force established as part of the CARES Act.

“Best practice calls for due diligence at the front end to avoid making the fraudulent or improper payment in the first place,” Miller wrote in June, after leaving PRAC. “But in the rush to quickly distribute pandemic relief, we failed to do that and so now we are chasing [funds that were fraudulently granted] … but the recovered funds will be a fraction of what was stolen.”

Ware said this is precisely what his office sought to avoid. Before PPP and EIDL were even finalized, the SBA inspector general’s office submitted three reports to the SBA “detailing the importance of up-front controls,” according to Ware. During the testy exchanges in the spring of 2020, he said he warned the SBA to “pump the brakes” on the process.

Jovita Carranza, the former SBA administrator who resigned when President Trump left office, could not be reached by ABC News for comment. Last October, in a letter responding to Ware’s report, Carranza wrote that the inspector general “failed to acknowledge the enhanced and effective system controls and validations that SBA is using” to weed out fraudulent applications and “grossly overstates the risk of fraud, waste and abuse.”

Carranza’s successor as SBA administrator — Biden pick Isabella Casillas Guzman — has said that “reducing the risks of fraud and waste and abuse” in the distribution of relief loans and grants is a top priority. She said a series of steps implemented in December — including up-front verifications and tax information from applicants — has already produced “a sharp decline” in fraud, and that she is working closely with Ware to further improve safeguards and vigorously track down and recover prior fraudulent dispersals.

Ware agreed that controls put in place late last year helped curb fraud, but said the efforts were too little, too late.

“By then, well, you already know how much money was gone,” he said. “A lot of money was out.”

Among the relief programs, the previous administration’s EIDL rollout has attracted particular scrutiny. James W. Cooper, a former federal prosecutor who is now with the law firm Arnold & Porter, called the program a “fraud magnet,” citing a provision that allowed recipients to receive up to $10,000 up front “with essentially no strings attached.”

“That money is gone,” Cooper said.

The COVID-19 small business loans rollout was compromised by incredible fraud, that the watchdog warns about and thousands of settlements and pending investigations. It is unclear why Sugar is targeting innocent, law abiding business owners instead of punishing those who profit from disasters.

In light of the challenges, Ware anticipates the investigative work will go on for years. And experts are growing increasingly concerned that there may be more at stake than unrecovered money.