USA’s Highlights from the Tokyo Olympic and Paralympic Games 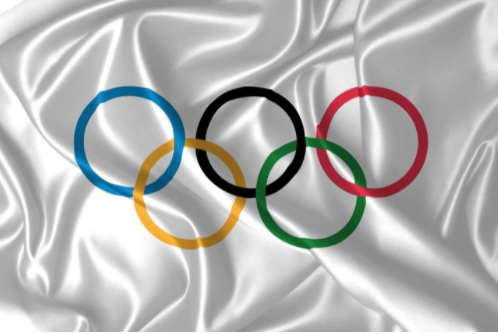 The Tokyo Olympic Games were a wild ride—the USA showed up in some areas and suffered a few unfortunate letdowns. If you want to read some of the highlights from this competition, as well as learn which individuals and teams went on to win (gold), keep reading.

The United States women’s basketball team is known for a solid dose of haughtiness, as they’ve won every game at the Olympics going back the last 25 years, which adds up to 55 consecutive victories.

So expectedly, the United States women’s basketball team did not disappoint, once again extending their winning streak after knocking out Japan in the gold medal game, maintaining their hegemony in the Tokyo Olympic Games. That being said, the tides are turning for the team moving forward—Sue Bird, a bulwark of the team’s success, has declared that the Tokyo Olympics will be her last Olympic competition. This makes this recent victory more meaningful, but may put future medals in jeopardy.

The women’s polo team has also won a record three consecutive golds, with a total of 134 wins and four losses going back to Rio de Janeiro.

Out of the United States’ 113 medals, almost one-third have been claimed by the USA Swimming team, and out of those medals, 11 were gold. Whether it’s Katie Ledecky or Caeleb Dressel, the United States just keeps churning out talented swimmers who consistently compete at the top of their game, even when other USA teams fall by the wayside.

In the men’s relay, the 4×200 meter freestyle line-up came fourth, the first time a United States swimming relay has ever failed to come in the top three. They earned gold in the men’s 4×100 meter freestyle and 4×100 meter medley, but the mixed medley was a tantalizing washout, with the women’s team failing to win a single swimming relay. That made two golds out of a potential seven in Tokyo, versus the five won from a possible six in Rio.

The biggest disappointment for the United States? The men’s track team. They got to Japan as the favorites in around five events with a more than decent chance to take all six gold medals from the 100-meter and 800-meter dash. They left the arena after failing to win even one individual gold for the first time in USA Olympic history, with the exception of the boycott in ’80.

In particular, the men’s team had a hard time keeping up in the 4×100 meter, coming in sixth place and were torn to shreds by former athlete Carl Lewis. There were a few baton drops that Carl Lewis said were “a total embarrassment.” This could be the byline for the squad’s efforts all across the board. In addition, the USA’s sprinter finished up lame in a year that allowed Jamaica to rebuild some of its lost reputation.

Although four silvers and two bronzes are by no means a failure, fans will have a difficult time seeing this run at the Tokyo Olympics as anything shy of a defeat—particularly after the World Championships where they took the gold in the 100, 200, 800, and 110-meter hurdles.

It can be difficult to critique teams who performed well at a sporting event like the Olympics, which only includes athletes performing at the very top of their game. And it isn’t that the women’s football team performed poorly whatsoever or severely disappointed their fans by failing to live up to expectations. That being said, their performance for the bronze featured a shocking defeat and may point to a potential lull in a team that’s remained steady for over a decade.

21-year-old Minnesota native Gable Steveson—named after the 1973 Olympic champion Dan Gable—was competing in his second high-level international competitive tournament and scored a set of takedowns in the 125kg final. In one of these, with a fraction of a second left on the clock, he reversed an 8 – 5 deficit in favor of a 10 – 8 USA victory against Georgian competitor Geno Petriashvili. This won the United States its first heavyweight gold in freestyle wrestling in almost 30 years—and it was a total showstopper.

Despite only being 19-years-old and only pursuing competitive canoeing since around five years ago, after receiving a diagnosis of hip dysplasia, Nevin Harrison still managed to win the canoe single 200-meter sprint by an extremely healthy margin. This accomplishment was staggering, mainly because the United States has no history of winning championships in this category. In fact, the Seattle-born athlete is the first American to win a canoe or kayak sprint medal in almost 30 years.

It has to be said that Caeleb Dressel was unbeatable in the water, and it would seem like exciting things are in store for him at the next Olympic Games and beyond. In his second Olympic competition, Dressel won his first-ever individual gold. He then proceeded to go on to win two more, as well as an additional two in the 4×100 meter relays, though he’d already won two relay golds in Rio de Janeiro. In interviews, Dressel revealed that swimming had taken a lot of energy out of him that week after the competition had ended. However, his hard work paid off because his performance was incomparable and he made it look effortless.

Honorable mention also goes to American runner Molly Seidel for taking home the bronze in her third marathon. This made her one of the few USA competitors who could enjoy a round of applause from the Americans in the audience when she took home the medal in the final ceremony.