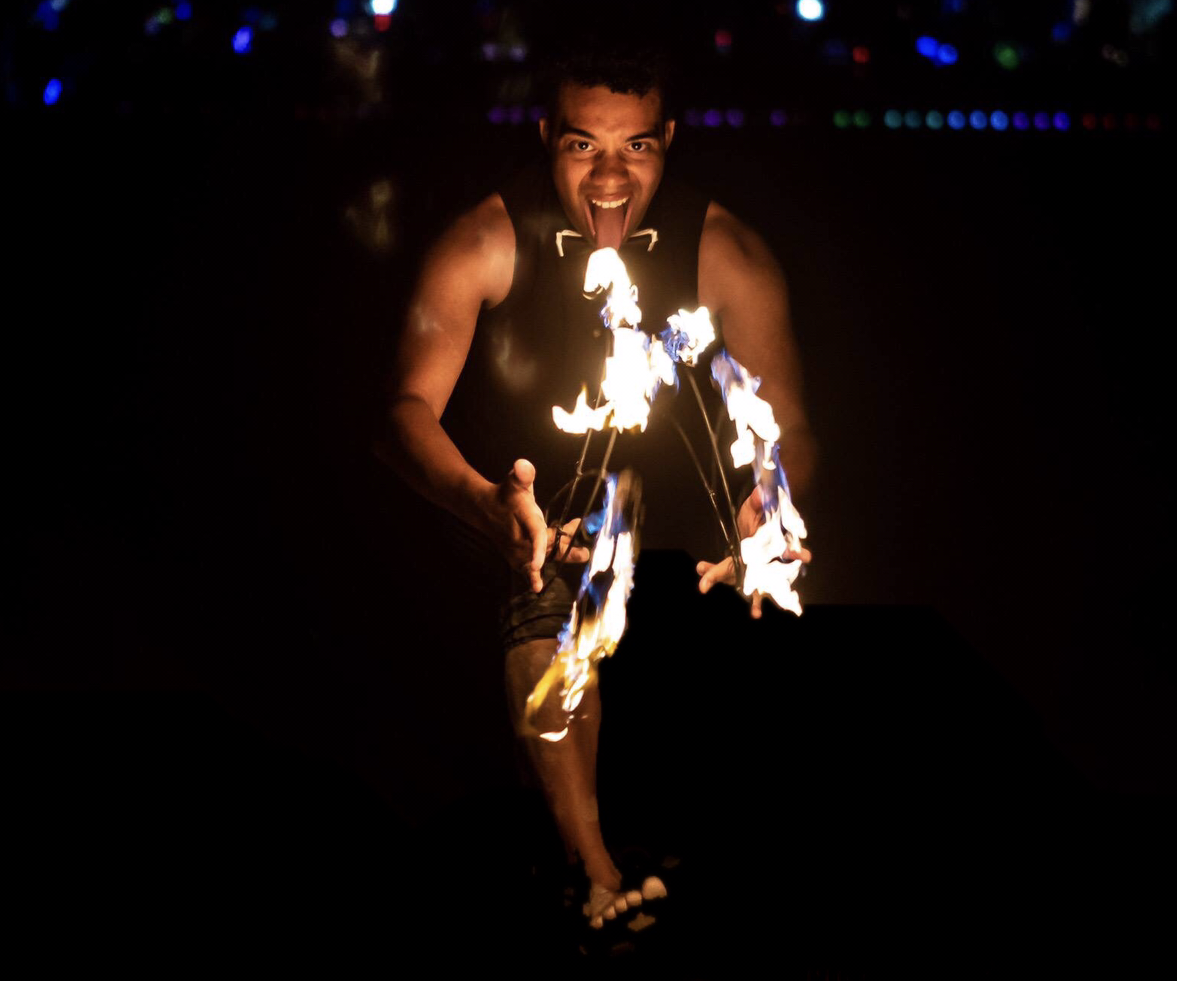 11/16/21; L.A, U.S: Gio Nation, A rising American artist, and singer-songwriter tell-all about his exceptional fire performing skills giving the practice more prominence and inspiring thousands of people who want to get into the business.

When questioned about his daredevil hobby origin, Gio Nation explained that the love and passion that fire emulates resonates deeply with him; the penchant for playing with fire was something he was always fascinated by. A bemused Gio joked that he metaphorically set things on fire as a child, so this was an appropriate outlet for a trouble maker.

“I have always had a fascination with fire. It’s the element I relate to and most identify with.”

Gio’s fire journey began in Anaheim, California where he trained under his mentor & long-time friend Curtis Husted. He described the training process as rigorous & mentally exhausting.

“This art form requires all of your focus & attention. In those early days of learning sometimes I felt overwhelmed or discouraged. However, being a part of a community that was so fearless & dedicated really kept me going.”

Gio remarked how lucky he was to meet such wonderful people from diverse backgrounds throughout his intense experience.

What was once a specialty dance created by a few has spread like wildfire. Fire Dancing has grown and matured into a full-blown performance art form, where the art is as varied as the imagination of those who dance with the flame. Fire dancing was performed by the ancient Thracian tribe’s thousands of years ago as part of their rituals. It is performed with a mix and match of other dance styles all around the world today.

Whenever someone sets out to try something new, they will always be discouraged by naysayers. The pop star also opened up about the roadblocks & opposition he faced on his journey to make his own niche in the market. “Singers don’t spin fire… it will never be something that goes with the music business” he was told by his former manager.

Gio advises the upcoming musicians to ignore their resistance.

“Everyone’s gonna say you’re stupid when you try to do something different, it just comes with the territory. Before Lindsey Stirling, people used to say that you can’t dance and play the violin at the same time because that’s not a thing. Now look at her!”

said Gio Nation about the hindrances faced by someone who tries to innovate. Gio Nation advises aspiring musicians to put on horse blinders to ignore their negativity and keep working hard to be anything they want to be.

When asked what it felt like to perform in the iconic Burning Man festival, Gio complimented the talent and enthusiasm of his fellow artists and said,

“Spinning fire with 50 people at once is insane and amazing. The energy, the fire, electricity, the roar of a thousand people all around, the adrenaline rush, your heart pounding like a hummingbird is simply exhilarating! You feel so empty when it’s all over.”

Gio Nation is a rising singer-songwriter, producer, and a thrilling performer from America, strongly influenced by pop culture. Hailing from a lower-middle-class family in Connecticut, Gio found his vocation in writing and performing at 7 years old, then found a flair for writing songs. His journey through depression, substance abuse, and even homelessness has given him a positive outlook on life that shows in his vibrant and ebullient personality.