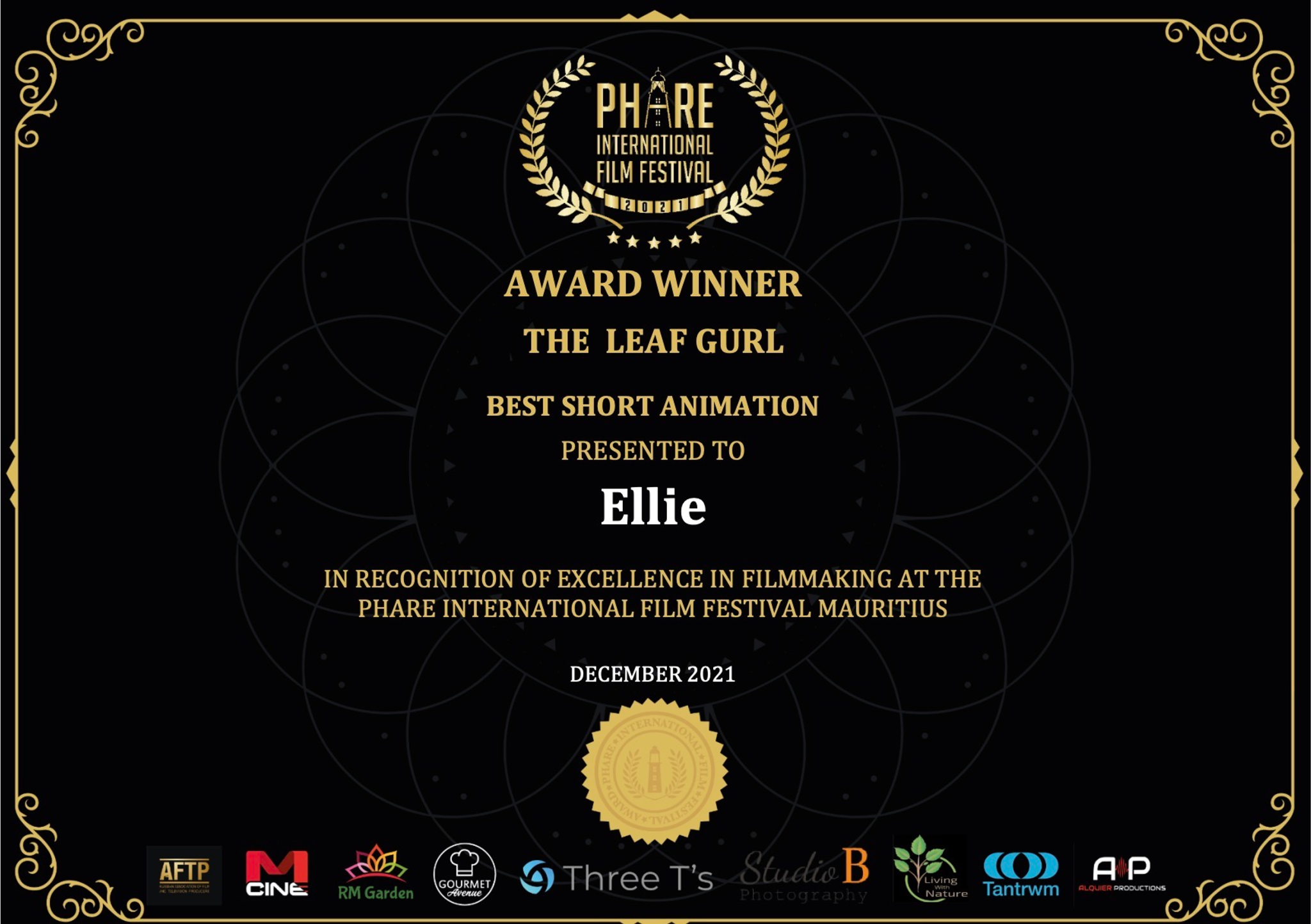 On December 16, 2021, the Phare International Film Festival announced that the story and film written and directed by six year old girl Ellie has won the  “Best Short Animation” Award. Ellie is a Maryland elementary school student who wrote and hand illustrated “The Leaf Gurl”, a story of playing in nature, imagination and friendship. Ellie’s story was inspired by the COVID-19 lockdown. The story was published as a paperback and kindle ebook in May 2021. Ellie also wrote, narrated and directed the animation adaptation of “The Leaf Gurl”. The film was also competitively selected by juries of Alder International Film Festival of Chicago, USA and Kalakari International Film Festival of India. Ellie is one of the world’s youngest story writers and filmmakers. More information about Ellie’s works is available as www.elliesmagicalworld.com

Ellie is six years old and is a student at the Carderock Springs Elementary School in Potomac, Maryland, USA. Ellie’s first professional book was “The Leaf Gurl”, which received rave critical reviews by publishing experts and editors. She loves playing with her friends and enjoys creating new stories. She has fond memories of her Redbird friends at the Suburban Nursery School. She lives in the River Falls community in the suburbs of Washington DC. One of the things she wants to do when she grows up is to save the planet by planting more trees! Ellie is also a member of the Mensa Society.