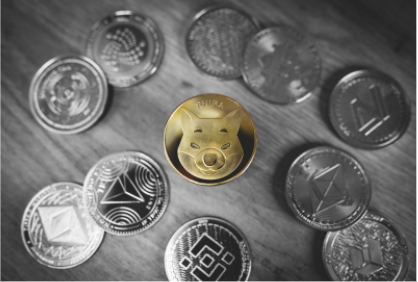 The SHIBA INU token is a cryptocurrency used to foster a sense of community among investors, traders, and enthusiasts. It’s a digital token that can be used as a form of investment for people who want to take part in the crypto world. The coin derives its name from the Shiba Inu breed of dogs, known for being tenacious hunters with independent personalities. Four key features make it unique:

The SHIBA INU tokens were created to solve a real-world problem by creating a fast and secure cryptocurrency. The Shiba Inu’s founder is a mystery till now, It was created by a person named Ryoshi. The goal was to create a currency that could be used in everyday life and grow with time. The creators of the SHIBA INU tokens have a clear intention in mind for this digital currency; they want to create a democratic system in which all users have a say. They believe that their system can be used in various industries because it has so many advantages over other systems, such as being easier to use, more efficient, and more transparent for users.

The market for SHIBA INU tokens has been looking good over the years. The price is on an uptrend, and we can expect it to keep going up in the future. SHIB tokens are the utility token for Shiba Inu Network. They can be used to buy goods and services on the marketplace, commission creators to create digital content, or run ads.

The circulating supply of SHIB is 549.06T SHIB. It is a decentralized spontaneous community-building experiment developed within the SHIBA INU system. In the last seven days, the price of SHIBA INU has increased by 21 percent, and in the previous 24 hours, the price has risen by 2.91 percent.

SHIBA as a Long Term Investment

SHIBA’s trading price is now relatively low, drawing a lot of crypto investors. The price of a crypto trading asset is extremely important since it aids the trader in tracking gains based on the number of coins acquired using the percentage change. Experts believe that at such a low price, SHIB might provide investors with a 100 percent profit in the future. SHIB is more likely than other large cryptos to treble or quadruple in the near or long run. Before investing in it, Please check the Shiba Inu price forecast by experts to avoid the losses.

According to some experts, the SHIBA INU currency’s price might hit one dollar, but no one knows when that will happen. When players in a rapidly increasing ecosystem share a common goal and vision, they are encouraged to keep extending the network, which is expressed in the value of the Shiba token.

Despite the current drop in value, Shiba Inu maintains its status as the thirteenth most valuable cryptocurrency, having a market capitalization of more than 20 billion dollars. Since it was low in Nov 2020, the token price has risen by sixty million percent, implying that a modest seventeen dollars invested in Shiba Inu last year are now worth ten million dollars.