It is a known fact that energy can only be converted and transferred. It cannot be created nor can it be destroyed. In such circumstances, to be able to generate electricity is not only a big achievement but also conducts a lot of work. It is important to understand that the source of power comes from a time and effort of a lot of people working on machines. You must have noticed power plants having a chain of smoke coming out of the chimneys. 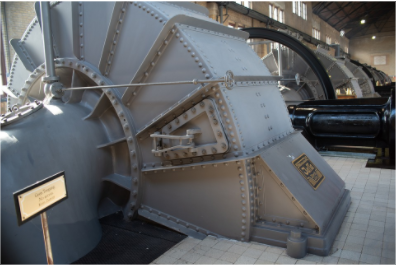 How does a steam turbine work?

With the use of steam or water vapor, steam turbines generate electricity by conversion of energy. The idea is to convert thermal energy into mechanical energy which is then again converted into electrical energy and is spread through the wires across towns.

Through steam turbines, the vapours are put under high pressure. This steam is then passed through the turbine blades which are rotated by the pressurized steam. This is when thermal energy is converted to mechanical energy. With the help of the laws of thermodynamics, the mechanism is easy to explain and put to mechanical use.

Functions of a steam turbine oil

Just like any other machine, a steam turbine also requires oil to function. With the increase in demand for steam turbine services, people are not considering the life of the machines and the parts of them. There is much more than the rotating blades and the thermal energy. Steam turbine oil is a major part of electricity generation. This is not very well known by people other than the operators and that is why we will be discussing some functions of turbine oil:

How to choose the right steam turbine oil?

Good turbine oil will work great against corrosion and rust all the same. The turbine oil should work alike against friction and chemical corrosion. This is done when the oil attaches itself to the metal surface and prevents it from getting oxidized. Should you ignore this part, regardless of lubrication which will make the machine go smoother; it will lose its longevity.

Water and oil have specific gravities which allow them to be separate from each other. This is called demulsibility, the ability of the oil to resist getting mixed with water and steam. This can severely contaminate the oil and make the efficiency degrade.

With oil being constantly in motion, foam is not the most unnatural thing to happen in a turbine. But the oil should be good enough to not fathom a lot of foam in itself. This will cause an overflow in the system and contaminate the oil. Good turbine oil should consist of additives that will resist foam to its utmost level.

Thus, to conclude, turbine oil is another important part of a proper functioning steam turbine just like other parts. Ensuring care during selecting a turbine oil is important to get the most of the machine. Not only will it help work the parts better and more smoothly, but it will also increase the life expectancy of the turbines.